What are New Features Coming with macOS Big Sur? 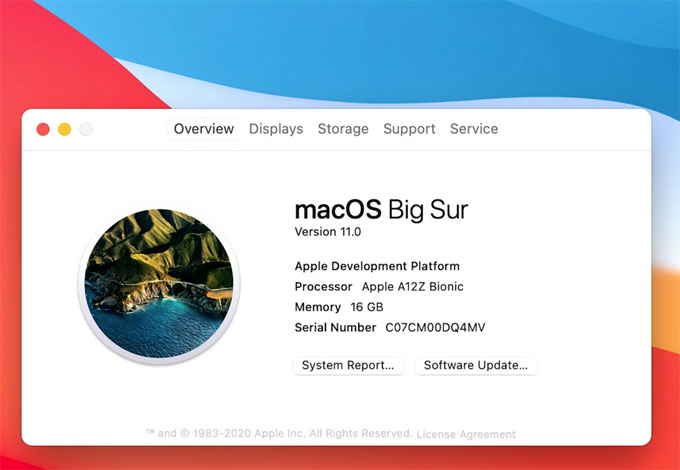 What is macOS Big Sur?

Apple’s latest version of its desktop operating system is named macOS Big Sur, which is a big update of macOS so that Apple has given it a new version number (11), and this also is the first time Apple has done so in 19 years.

Apple Inc updates macOS appearance that comes with clearer and simpler 2D system icons, and widgets. Apple has yet to name its new design style, and the rounded corners of Windows and dialog boxes are a unique part of the new look. It supports light and dark mode, while the menu bar and the menu itself are now translucent. Big Sur also updates the operating system’s sound, the sound of the new system has been “re-recorded and refined.”

Like iOS and the iPadOS, macOS Big Sur also introduces widgets. In fact, the new macOS widgets are virtually indistinguishable from those in the iPadOS. On the Mac, the new widgets are in the notification sidebar, just as on the iPad, and they can appear in different sizes. You can add clocks, weather, memos, and even third-party widgets.

Now, the Finder looks almost identical to the iPadOS file application. While this is a good thing for people who are switching back and forth between tablets and desktops, the window no longer seems to offer tabs.

With the new message from Big Sur, your Mac has become a Big iPhone: you can now create Memoji on your desktop. Fixed conversations keep important chats between devices at the top.

Apple strengthen the protection of Safari browser; people’s privacy can be better protected.